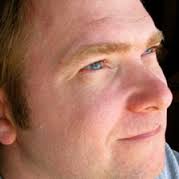 Automated configuration tools (such as CFEngine, Puppet, or Chef) allow you to specify how servers should be configured, and bring new and existing machines into compliance. This helps to avoid the problem of fragile SnowflakeServers. Such tools can create PhoenixServers that can be torn down and rebuilt at will. An Immutable Server is the logical conclusion of this approach, a server that once deployed, is never modified, merely replaced with a new updated instance.

Automated configuration tools are usually used with ConfigurationSynchronization where you leave a server running for a potentially long period of time, repeatedly applying configuration to bring it into line with the latest specification. In theory servers can be allowed to run indefinitely, and they'll be kept completely consistent and up to date. In practice it's not possible to manage a server's configuration completely, so there is considerable scope for configuration drift, and unexpected changes to running servers.

This is where a PhoenixServer is helpful.

By frequently destroying and rebuilding servers from the base image, 100% of the server's elements are reset to a known state, without spending a ridiculous amount of time specifying and maintaining detailed configuration specifications.

Once you're using phoenixes, the focus of configuration management shifts to the management of base images. Fixes, changes, and updates are applied to the base image rather than to running systems. Each time you want a new update you modify the base instance and run it through an automated test harness. You only create new servers when they pass these steps.

But while we can continue to run configuration management updates on a server during its brief lifetime, there's less value in doing so. In fact, there is considerable value in not doing so, since any change to a running system introduces risk.

This leads naturally to immutable servers [2].

Once you've spun up a server instance from a well-tested base image, you shouldn't run configuration management tools, since they create opportunities for untested changes to the instance. Any changes that are needed can be made to the base image, tested, and then rolled out. Servers without the change are torn down and replaced.

If this sounds familiar, it's because it follows the practices of ContinuousIntegration and ContinuousDelivery. With Continuous Delivery of software, it's safer to compile a given version of an application into a deployable artifact only once, and know that you are deploying and running a consistently built application in all environments. With an immutable server, you make each change to a base image, and then you know that all instances created from that image are consistent.

The main differences between instances of a server role come from configuration settings, which should come from outside the server. For example, most virtualization and cloud platforms offer a way to set metadata values when provisioning a new instance, which can then be read by the running server. New servers may also pull configuration values from a central registry like Zookeeper.

It's advisable to minimize the number and scope of per-instance configuration items for immutable servers, and to run changes to these through automated testing where feasible.

If servers are disposable, the data that lives on them often is not. When implementing phoenix or immutable servers you should consider what data needs to be persisted as servers are destroyed and created, and what data must be replicated in order to scale by adding additional servers.

You can ship data off of the instance when it has value but isn't needed at runtime, for example sending logfiles to a central syslog server. A shared file system like NFS can make files available to servers, perhaps living on a SAN. Cloud platforms generally offer mountable storage devices like AWS EBS volumes which can be attached to new servers instances when the old ones are destroyed, or quickly duplicated and attached to replicas when scaling a cluster. Often you can pass the buck to a service which someone else maintains, like Amazon's RDS database service.

Netflix has been at the forefront in using the ImmutableServer pattern, although I'm not aware that they've used the term. They have open-sourced the Aminator tool they developed to manage AMI instances for use on Amazon's AWS cloud and blogged about how their use of this pattern has evolved with experience. Interestingly, the speed of instantiating new instances has been a key driver for them, since this helps them to automatically scale and recover.

1: Data covers a variety of things, including database files and other application-managed data, runtime state, other runtime-generated data such as log files, and externally supplied configuration.

2: My colleague Ben Butler-Cole coined the term "Immutable Server" for this pattern on an internal Thoughtworks mailing list.